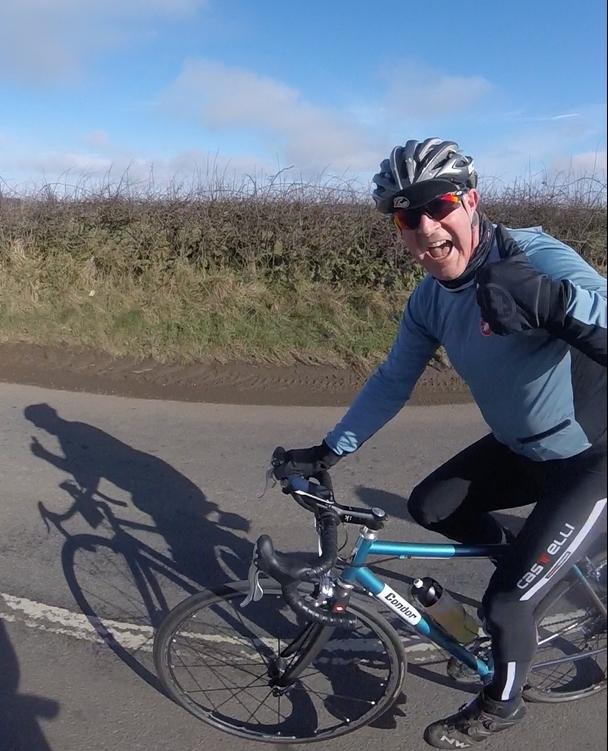 It’s been a few weeks since I put anything down here on the site, however as perhaps with the warmest days over in the UK, I wanted to take stock of a few points regarding how we perceived ourselves and new cyclists in particular.

If you follow or are part of the cycling fraternity then you’ll be familiar with the “Rules” (loving them or hating them), understand what N+1 means, the advantages of deep rim wheels, the importance of crank length and the pros and cons of tubes versus clinchers. Take a bow, you are a guru and possibly a cycling geek.

On the otherhand, if you are new to cycling, have no idea of what I just said above or really can’t be bothered with the technical stuff, treating your bike as if it was your car (if it squeaks or breaks, then take it to the shop) then you are probably dazed and may be even a little intimidated by the strange language cyclists use. That’s okay, I bet you get as big a thrill out of cycling as the geeks and snobs.

So what is the obsession with all the lingo that the “in crowd” use, and does it really matter ?

Early in my days of cycling I didn’t have a clue, and had less of a clue when I embarked on a ride from Calais to Montpellier….how two of us fools managed is beyond me, but we did.

Entering Sportives was a turning point. I was surrounded by serious looking chaps and ladies in proper gear, expensive bikes, talking about the size of their “cassettes” and whether carbon fibre was better or worse than titanium.

I became hooked and wanted to emulate these people. I became one of Wiggle’s best customers, new gear, new tops, gadgets galore. Did I get faster and fitter, hell yeah, I joined the fraternity.

It was only a few years later when I started to work under the instruction of a coach, going on training camps, being surrounded by twenty-somethings who were serious cyclists, entering official races with ambitions to compete in the Nationals and beyond.

It was only when sitting by the side of the road wanting to wrench from the excertion of chasing these kids up bloody mountains all morning that the penny dropped.

The wannabes we see on Sportives, aggressively chasing their strava “king of the mountain” segments, making it dangerous or uncomfortable for everyone else, and turning their noses up at lesser cyclists wouldn’t stand a chance in the real cycle racing world.

Don’t get me wrong, I use Strava as a means for self improvement and to gauge where I am in terms of speed in my age group (usually half way down the list), I love my gadgets and feel comfortable in good cycling kit, I love to test myself on a hill, to strive to improve, to ride with people and “compete” in a gentlemanly manner with my riding buddies.

As a rule, Cycling reminds me of a long time ago when I first started to ride motorbikes, I was a kid of 19 on a 125cc bike travelling in all weathers, I didnt have a clue. If I broke down or stopped to refill my two-stroke oil tank, hardened motorcyclists and in once instance a group of “Angels” passed, they would stop and make sure I was alright. It didn’t matter I was just a kid on an L-Plate.

This summer I have been heartened by the comradeship I see on the road, the gentle nods of acknowledgement, the passing waves, the willingness to lend a helping hand or just chat for a few miles “shooting the breeze”.

The cycling world gets little or no support from our government, drivers have so little tolerance to our existence, but cycling has proven to help us become healthier and happier people, less of a burden on our healthcare system and more balanced as individuals.

At Cycle For Fitness we believe that we need to take time to educate new cyclists, and not to baffle them. To take pride in our ability to help others learn to ride safely, to enjoy the feelings of freedom and discipline, learn how much cycling leads to wellbeing and a healthy lifestyle.

We might be cycling geeks, but always with the aim to promote inclusivity not exclusivity as if cycling was some kind of closed club.